Due to urban decay, fallow lands are a common feature of cities. They have also been developped around rivers or railways to re-naturate urban spaces in a smart way. In this case, they create a path for plants and animals in the urban motion pattern, and they forster biodiversity. Berlin demonstrates well how such a fallow structure within
city limits, contributes to plant diversity.

Over a two year span I have documented two areas of fallow land in Berlin. The resulting images compose two connected groups: On one hand, photographic views show nature merge into the city’s urbanism and generate a type of landscape specific to the fallows. On the other hand, the common plants found in these areas are photographed in a staged identification portrait.

All the collected plants are placed in a vase, in front of a white-grey paper, then recorded with a frontal flashlight source. The set where each flower is identified opens a window towards the history of science and art. In 1753, French painter Oudry surprised the art world, by painting a white subject in front of a white wall. At the same time the first attempts to create porcelain and to organize botany where made... From the image itself a secondary identification code is produced: a sample of six spots of color. It reveals a structure invisible to our eyes, the diffracted light on the surface of the petals, stems and leaves: a microscopic rendering of the digital data. Both images are shown together.

Both series are linked by the effects of light diffraction. In the landscapes the backlight situation, sometimes creates effects of flare on the lens, which constitutes a real-life example of diffraction. Moreover the fallow landscapes set a background to the botanical search and underline visually the transformation at stake in the contemporary urban spaces. They document how from the general view to the detail we have to deal with a complex perception of reality. A diffracted perception, so it seems...

« Science gets us to see from far away to deep inside, where colors are becoming sparks of diffraction, a music for the eye. We observe rationally, but we interpret, bits after bits, what is recorded, thus creating a new reality with fragments of sensations. The flow is cut and pasted as to channel the emotion, as to form a lush and bright description of the world...… »
Dr Christoph Schaden (Berlin 2010)

Click over the thumnails to have a larger view 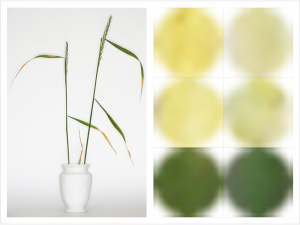 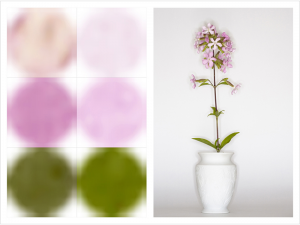 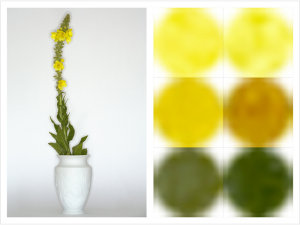 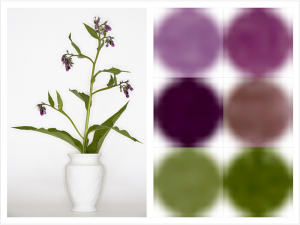 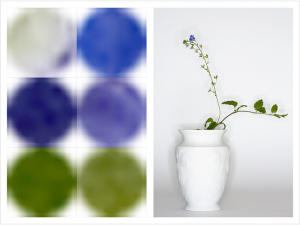 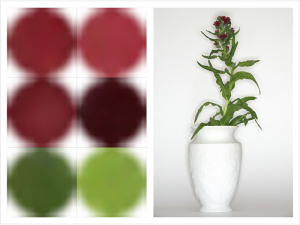 The serie was shown :

THEY TALK ABOUT IT :