This body of work was created between 2007 and 2009; it consists of thirty landscape photographs. It is associated with a series of abstract conceptual sculptures the Quakes. 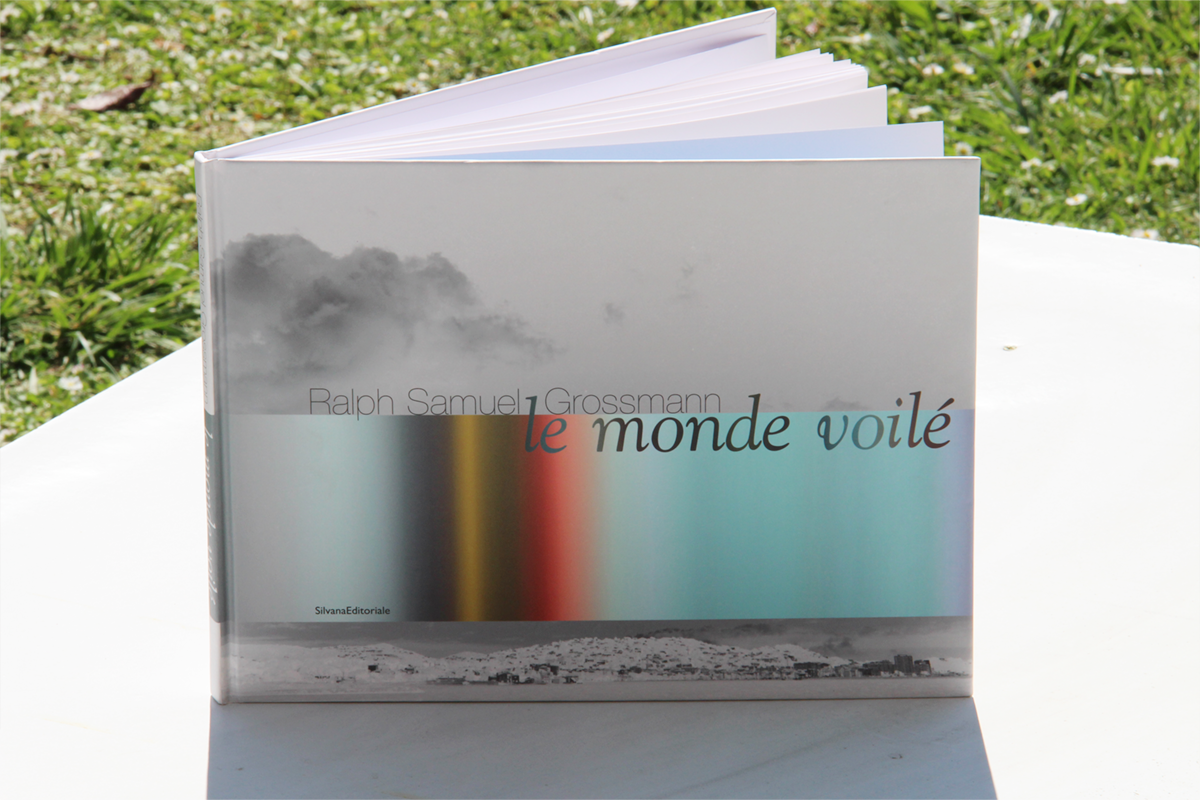 The series questions the contemporary sublime, by combining a classical photographic observation series with a believable artifact inspired by the analysis of the chemical elements in a light source (spectrometer). The images of cloud formations over three different areas of Western Europe are recorded in stormy conditions and describe the space of the sky as predominant, the landscape being reduced in the lower margin by the framing.

By opening the space of the sky in such manner, the images also open our imagination, in an echo to romantic landscape painting. The large cloud figures, the play with proportions and the additional bright color coding inscribed in each image, all invite the viewer to question what we call nature, what we understand as a landscape today and how we interpret the visible signs.

Where possible, the series has been associated with the Quakes, a group of sculptures also inspired by the scientific world and the objective physical reality. Earthquakes worldwide are modelized according to a mathematical description. Its two-dimentional shape has been reintroduced into the real (3D) and combined with actual traces of storms and brutal natural events. Natural forces as they appear in fragments and in their scientific interpretation
are juxtaposed and layered upon each other to form a balanced equilibrium. This uncomplicated construction holds by the mere principles of gravity. The lightness of the scientific color scheme in contrast to the torn natural elements ends up in a playful, yet breathtaking "vanitas". « The sky which we look upon is the direct result of the equilibrium between the forces of gravity and fall (and heat, and pressure). Tons of matter are floating, suspended above the horizon. The cloud takes its shape and reaches its floating line quite like a vessel in the air… Both a coincidence and an unstable system... »

« The sky which we look upon is the direct result of the equilibrium between the forces of gravity and fall (and heat, and pressure). Tons of matter are floating, suspended above the horizon. The cloud takes its shape and reaches its floating line quite like a vessel in the air… Both a coincidence and an unstable system...Landscapes with a low horizon, lacking, as is the norm nowadays, any picturesque elements, are sometimes reduced to mere silhouettes, almost diagrams. Each of them, presented with its very own cloud, leads the onlooker to ponder about
the mysterious reasons of their very choice. In these circumstances, the banner superimposed onto each photograph, delicately drawn with the electronic paint brush but subtle enough to make forget the hand that crafted it - seeming like a spectral analysis or a bar-code - appears to be a sort of DNA of the selected landscape, asserting its unique and irreplaceable character, whilst reminding of all the millions of other possible combinations. The composing elements are identified, their proportions highlighted. (…) Ralph Samuel Grossmann has used the superimposition of “painted” motifs onto photographs for a number of years, always creating an ambiguity located somewhere between a poetic reverie and the worrying intrusion of data...“ »
Laurent Salomé, Director of the Rouen Museum of Fine Arts (France)

The series was shown at:

READ MORE ABOUT IT IN THE PRESS